Buildings archaeology tends to be less straightforward than dirt archaeology. Standing structures in 3D are not sealed beneath the ground. You have to work out whether the thing you are uncovering is an original piece of the building, in its right place, or part of an older building moved and recycled from somewhere else.

Fireplaces are good evidence. Usually the massive inglenook fireplace has been infilled by a nest of smaller and smaller fireplaces as fashions, usage and the technology of heating changed. These days it’s all the rage to open up and expose the original large fireplace again and this unseals evidence of the everyday lives of the families who lived there centuries before.

The centre of a building is the hearth. It’s where the warmth is. Where the meals are cooked. The 4500 year old Neolithic houses recently found at Durrington on the Stonehenge Estate had hearths at their centres. 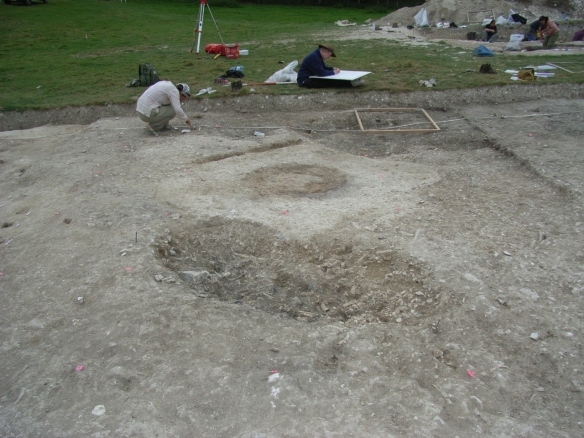 The ordinary medieval cottages at Kingston Lacy would have had open hearths with the smoke seeping out through the thatch, but by the 16th century some would have had two closely set roof trusses to catch the smoke and direct it out through a vent ( a smoke bay). By the early 17th century, when brick was becoming more common in Dorset, cottages were getting fireplaces.

People worked out various ways to use the heat from the fire to get various jobs done. When an inglenook is opened up there is usually more than a fireplace. There may be hooks to hang meat or other things on… A small alcove perhaps for keeping salt dry, perhaps the remains of a mechanism for turning a spit and very often a bread oven and if you’re lucky its iron door, complete with catch still in place. 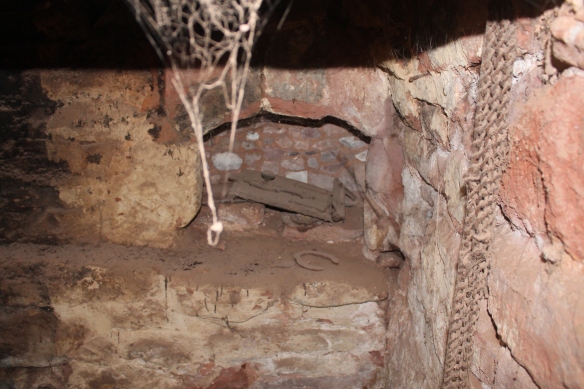 I had tea with an old couple in their cottage at Corfe Castle about 25 years ago. They still had their bread oven and told me how their parents burnt the gorse on Corfe Common to make ‘blackstock’ this was harvested by the tenants of the Corfe Castle Estate to burn in the bread ovens. When the oven  was hot enough the ash was raked out and the bread could be baked.

Last week I went to 545 Abbot Street on the Kingston Lacy Estate. This was one of the last cottages on the Estate to be repaired up to modern standards. It has been a long process to find the money to repair all the hundreds of cottages across the Bankes Estates. 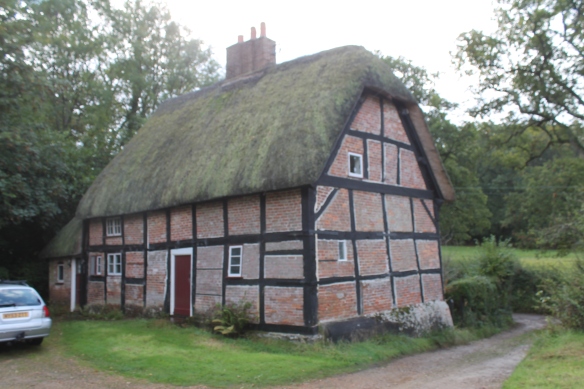 545 Abbot Street before work started. The brick infill was probably originally wattle and daub traces of this survive inside.

It is an early 17th century timber framed building, originally infilled with wattle and daub but this was largely replaced with bricks  in the 18th and 19th centuries. In the centre of the building  is a large brick structure containing a massive infilled fireplace. When I first went there in 2014 there was a 20th century range built into the blocking. 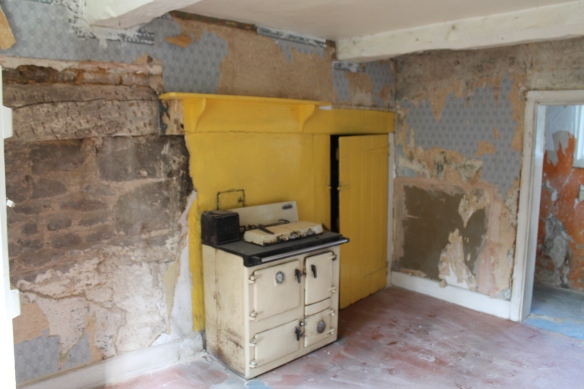 The infilled inglenook fireplace at 545 with the range inserted.

When I revisited, the original fireplace had been exposed. Not one but two brick bread ovens side by side but on the left another opening with a circular void continuing up to the first floor. At this level, the blocked entrance to the chamber could be seen cutting through the original wattle and daub screen infilling the roof truss there.

I’d only seen one other of these features at Kingston Lacy: a cottage at Tadden where the void turned out to by a curing chamber. This was a good way to preserve bacon by smoking it next to the fire. The meat was cut up into joints and hung on a rack from the first floor placed on a tray which would allow the smoke to circulate evenly. There are recipes for the smoke, burning ash or oak was usually favoured and perhaps a few juniper berries mixed with sawdust to improve the flavour. 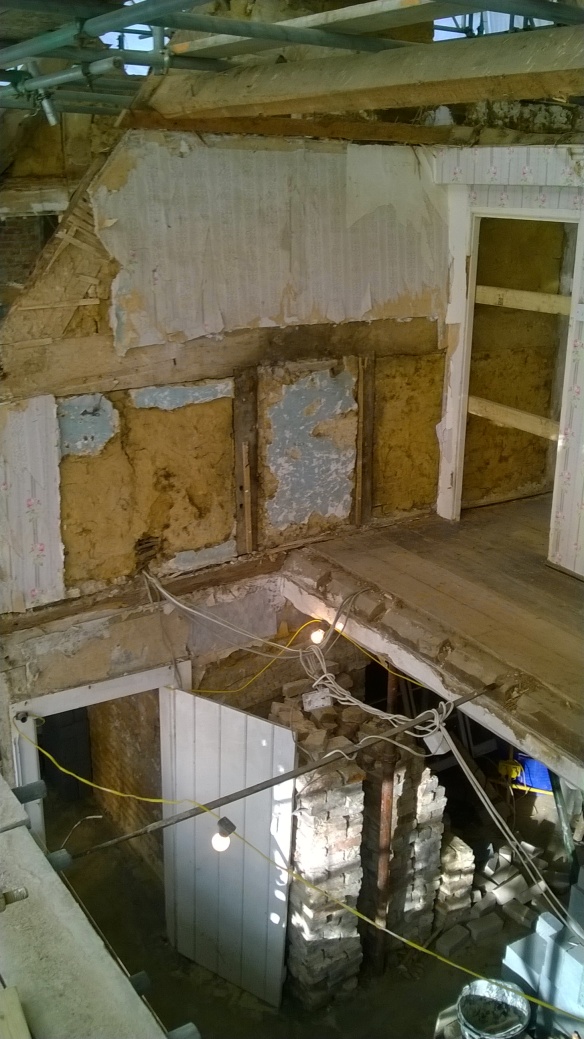 The surviving wattle and daub infill on the first floor  of 545 above the inglenook. Cut into the collar are two inserted posts for a door into the curing chamber which was later blocked.

But was it a curing chamber? It might have been for drying corn either for milling into flour or for seed corn for the next crop. Another possibility  is that it was used as  a kiln for drying barley as part of the malting process to create beer. All these processes have been found in fireplaces across the West Country. Tony is making the archaeological record as the building is repaired and he will hopefully find the evidence that will give us the answer.

So the family living here in the 17th and 18th centuries were small-scale farmers and these tenants would have grown cereals in the open fields and kept livestock in the paddocks around the cottage. It is described as ‘house garden yards and orchard’ on the estate map of 1774 but at that time the land belonged to Sir William Hanham. The Bankes family bought it a few years later. The small farms were uneconomic and during the 18th-19th centuries they were absorbed into larger farms and the multipurpose fireplaces gradually went out of use..

I hope the new National Trust tenants enjoy their new home. They probably won’t be smoking bacon though.