Seventy years ago does not seem to be ‘the past’, but our world has changed so much in that time, it is very old to our modern eyes. Most archaeologists see the past as starting just a moment ago, its not just pre-history that interests us, it is all time from then till now as well. What ever humans have left behind to tell us about their lives catches our attention. In the case of Kingston Lacy’s  involvement in the Second World War it is buildings, maps, declassified documents, personal letters, photographs and local memories. 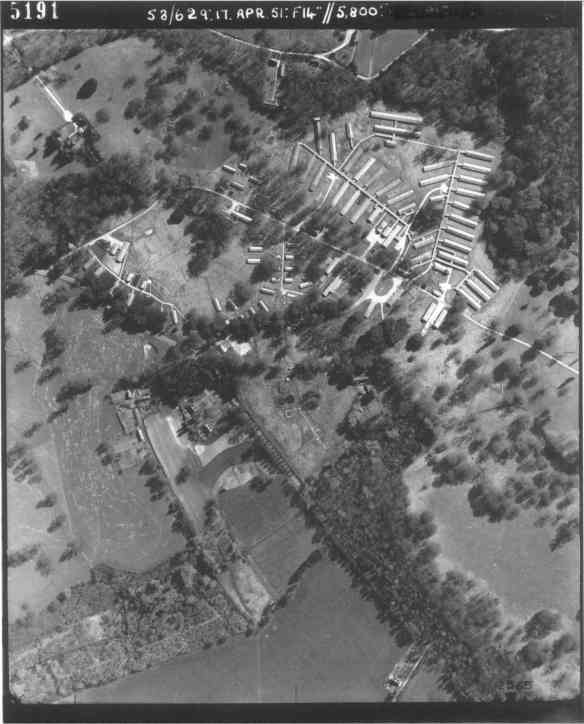 Hospital buildings in the park at Kingston Lacy

On the 17th March 1943, the war department formally requisitioned 72 acres of parkland at Kingston Lacy House. The owner, Mr Bankes, was to be paid £145 per year, which the government then taxed at 19 shillings and 6 pence in the pound!

This land was used as an American run hospital and small prisoner of war camp, and on the 3rd April 1944 the first unit, the 28th (US) General Hospital moved into the park commanded by Colonel J J Figueras.  Their stay was only four months, then Lt Col Orval J Miller arrived to take over with the 106th General Hospital out of Fort McClellan. They were to stay and run the hospital untill 11th July 1945. Over this sixteen month period the records tell us that up to 20,000 patients were treated, including out patients, at the hospital in the park! 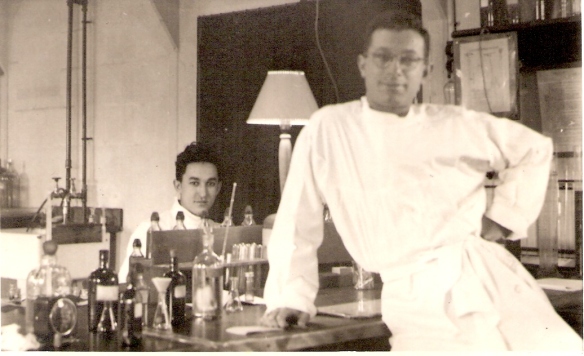 In one of the labs at Kingston Lacy

Only three buildings and some concrete roads survive in the park from the 1000 bed hospital, but with help from volunteers both here and in America we have made contact with many people involved with the site and  relatives of some of the staff who worked at the hospital. It is through their generosity that we have memories of parties at the hospital from local residents, letters written from the hospital asking for chocolate and many wonderful photographs of the staff  and site.

Along with the declassified documents from Washington we have a personal  story of what happened in the park at Kingston lacy during WWII.

Inside one of the hospital buildings at Kingston lacy

There are far too many stories and  things to tell you in one post so we will pick one of the people at a time and tell you a bit about their time at Kingston Lacy, so keep following 🙂

5 thoughts on “‘We only get 3 candy bars, a few cookies and one packet of gum…’”