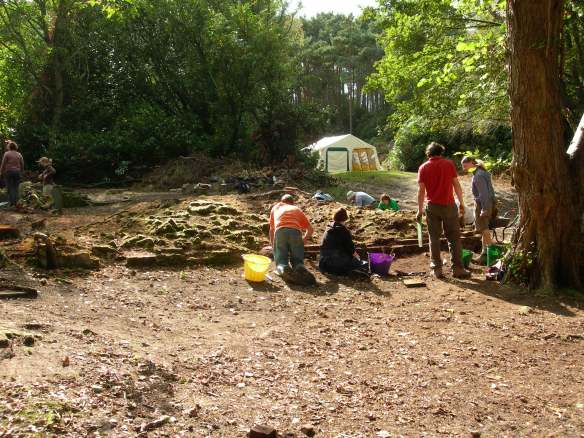 This week has seen me traveling from the south of the region up to the north, next week I go west! I went to do a training session with the Archive Volunteers on Brownsea Island, its great to get an enthusiastic group to do specific tasks on our properties. We have vast amounts of archive including paper records, photographs, old postcards, archaeological finds and on Brownsea, scouting records 🙂 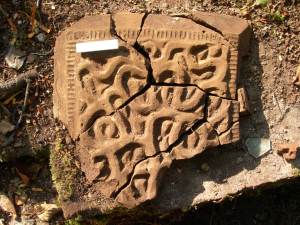 A few years ago we excavated the remains of one of the buildings that made up the settlement of Maryland on Brownsea Island. It was built in the mid-19th century by Colonel Waugh and named after his wife Mary. He bought the Island for its clay and the settlement was for the workers in the clay works and factory. He thought  they had discovered a high quality china clay for porcelain, and  hoped to make his fortune. but  the clay was found to be unsuitable.

The archive volunteers will be helping to record the finds from Maryland onto our database and may even get chance to do some research into the finds.

Later in the week I headed north to the Villa in the Cotswolds, Chedworth Roman Villa  to be exact 🙂  The first task was to finish a little bit of excavation and cleaning of the mosaic in room 6. I was helped by Harry, who is at sixth form college studying archaeology and is  getting some work experience at Chedworth. He is a great help and  has already done a survey of the mole hills on site  and has recorded and collected what these unauthorised diggers have churned up! 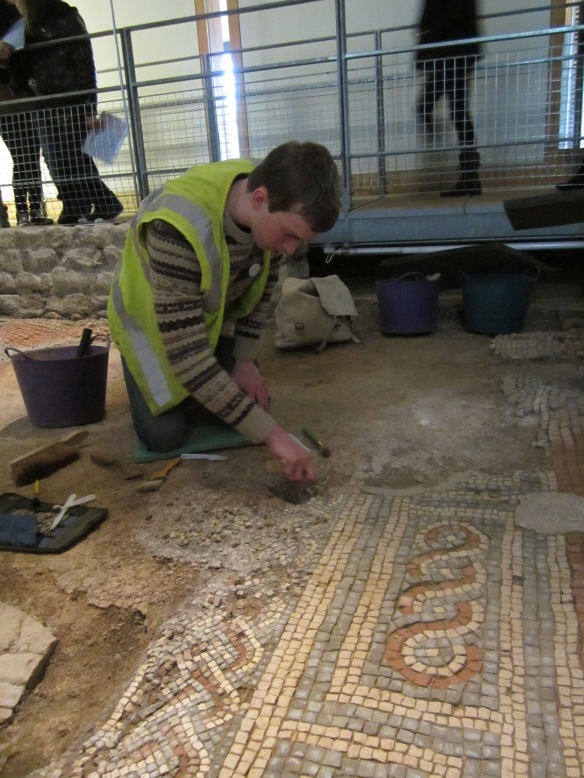 The second job was to put back into the museum some objects that had been with a specialist for dating and identification. All of the finds from the original museum displays are to be studied as there is much more information now, as it is over a hundred years since they were excavated. We now have much more knowledge about where objects were made and when. 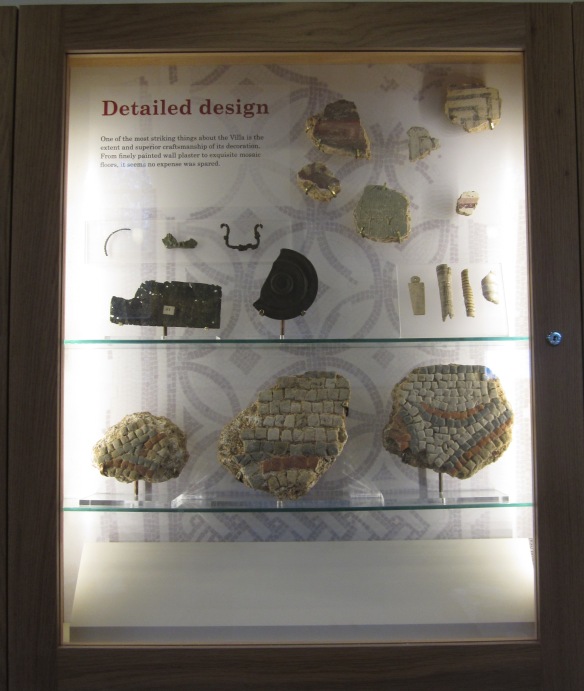