Grand houses need fancy gardens but fashions change. Old National Trust mansions are surrounded by evidence of past park and garden layouts. Lacock Abbey is a top example of this. Built as a 13th-century nunnery with its monastery garden, it was transformed into a rich man’s private residence from the 16th century. Using old maps, air photographs and geophys we can see how the fashionable gardens came and went around the house. 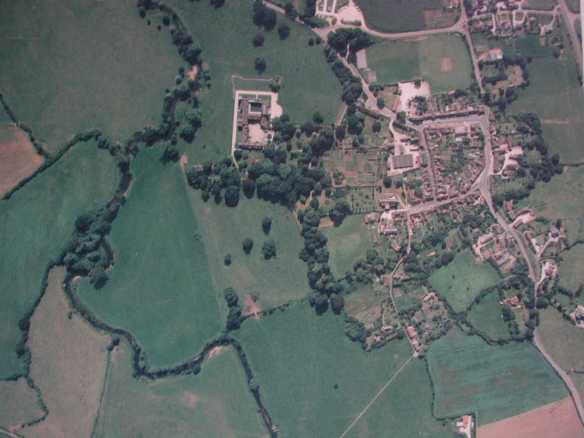 On the aerial photograph, to the left lies the site of the monastic garden abandoned in 1538. Above lies the Tudor and Jacobean formal garden abandoned in 1714. Replaced by a water garden (below) with canal and circular pond. By the end of the century this was so last season and was built over by a new design which included a curving lake. The whole thing was backfilled and turned into a field in the 1840s. A new botanic garden was created (right), stocked with newly discovered plants from around the world.

This is the 1790s garden at Lacock just a field now. Each square in 20m. The survey shows the curving serpentine lake and circular pond with central island.

Most of the evidence is now hidden below the ground but there is a garden building surviving. The ‘Rockworks’ was built in the 1740s as a decorative cascade. It started as a mock romantic ruin for the gentility to visit as they walked the grounds and was later a private bathing area. The stream was diverted and the archway backfilled in the 1930s but we excavated it and found the cascade steps. The excavation found 18th and 19th century pottery but below this we found Roman and prehistoric evidence. An ancient stream bed.